Atheling's Early Byzantines on Parade and Future Plans for the Army

Atheling's Early Byzantines on Parade and Future Plans for the Army

I took the opportunity to take some snaps of my Early Byzantine Army on Parade early this morning. I must apologise about the pictures, I seem to have altered the length of exposure without realising it; perhaps I should have waited until my morning coffee had kicked in before taking these pictures!
Without further ado here are the photos.....

I'm in the process of painting up an extra three command bases for the three other infantry units, two for the Unarmoured Infantry units and one for the Dismounted Bucellarii/Extra Heavy infantry.

Armoured Skutatoi and command Base 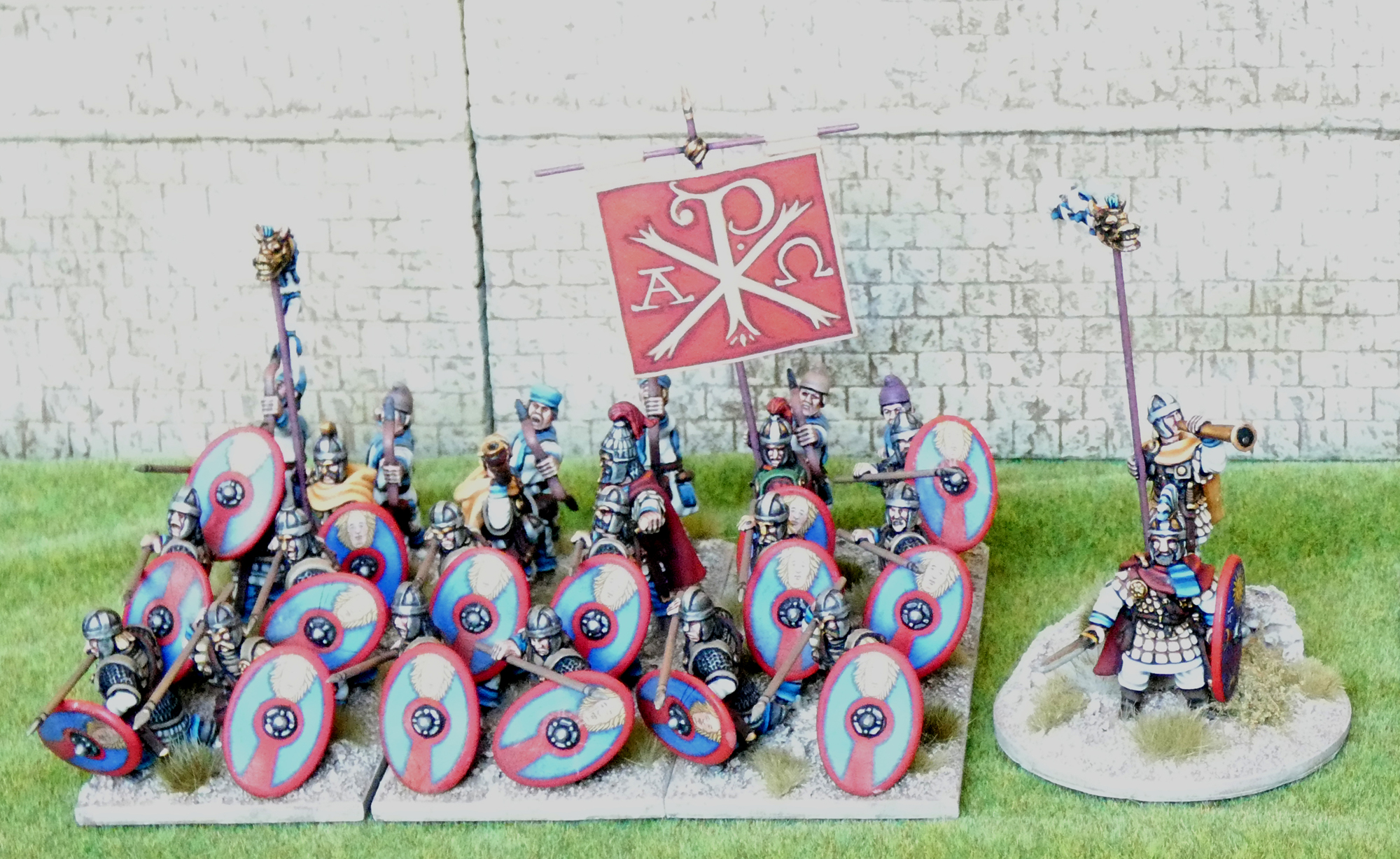 There is a heck of a lot more to come in the way of cavalry. I have two more units of Lancers on un-barded horses, I will add another two on barded horses too! Then there is the Heavily Armoured Mounted Archers (these will also double as being placed in the back ranks of the army to move it forward in time a little toward the beginnings of the "Heraclian era".

I recently heard from Keith of Aventine Miniatures that Adam is sculpting some Army Generals so I suppose I will have to add another one or two Army general Bases too! It would be rude not to! 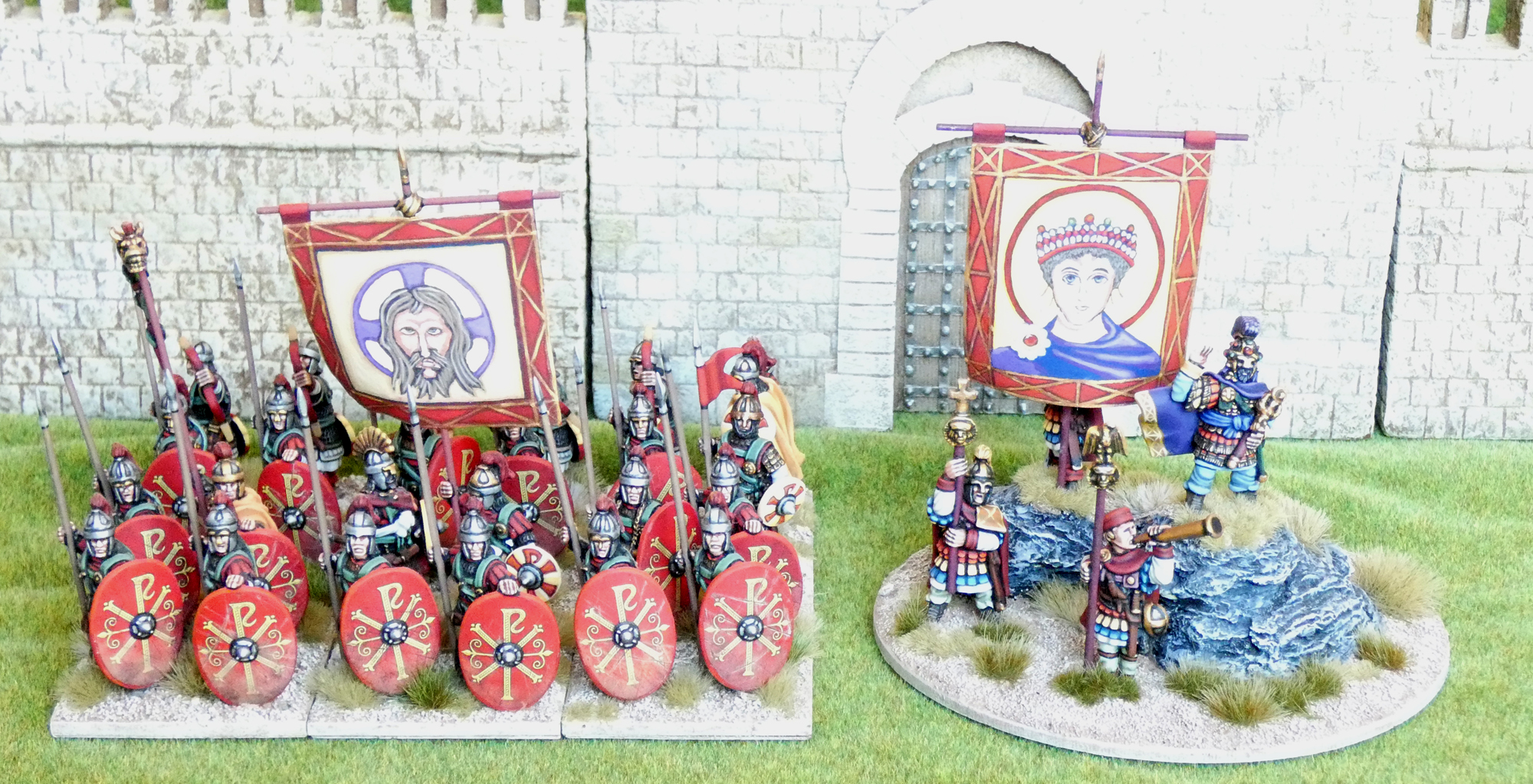 I will be adding the missing base of Slingers as well as two units of bow armed Psiloi. Possibly some Psiloi with javelins too.

Than it's onto expanding with more elites and Goth allies. I'm probably just under halfway through.

As for my plans for a tournament army, I will probably go with Anglo Danes as thanks to Bob and his article on Facebook, I have a pretty good idea of how to run them for my first Swordpoint outing.

So, here's to hoping that by Sprinf next year the Covid situation will have improved enough for it to be safe enough for me to actaully get to a SP tournement and, almost certainly, bring home a wooden spoon